Tony Blair to Speak at Lafayette on April 8 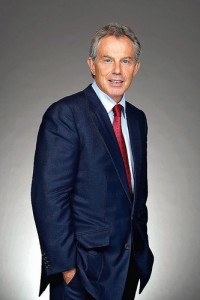 Tony Blair, former prime minister of Great Britain and Northern Ireland, will deliver a major address at Lafayette College on Monday, April 8. Blair’s speech will be the College’s Lives of Liberty Lecture for 2012-13.

Tickets for the 4 p.m. event will be made available on Wednesday, March 6 via online ordering at www.goleopardstickets.com.

Beginning that day, the general public may order one ticket while supplies last. Tickets are free, but are required for entry to the event. All tickets are non-transferable and photo identification is required to enter the venue, which has not yet been announced.

Tickets ordered by members of the public will be available for pick-up at the Athletic Ticket Office in Kirby Sports Center beginning Monday, March 18.

During his 10 years as prime minister, Blair transformed Britain’s public services through a program of investment and reform in schools and hospitals, resulting in more children achieving better school results and more people receiving faster access to health care, with improved survival rates for cancer and coronary heart disease.