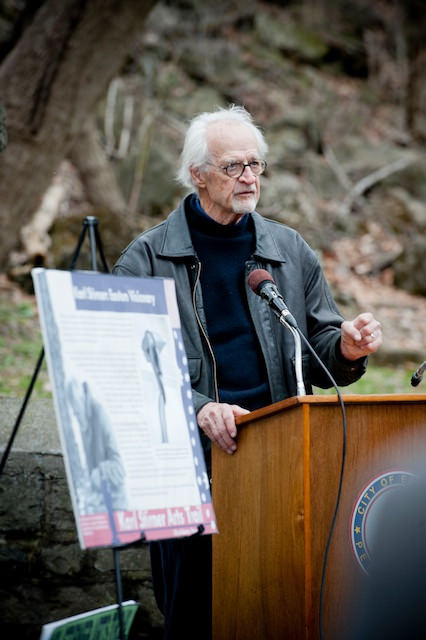 Karl Stirner, internationally known sculptor and pioneer of the arts community in Easton, will be awarded an honorary Doctor of Fine Arts degree. 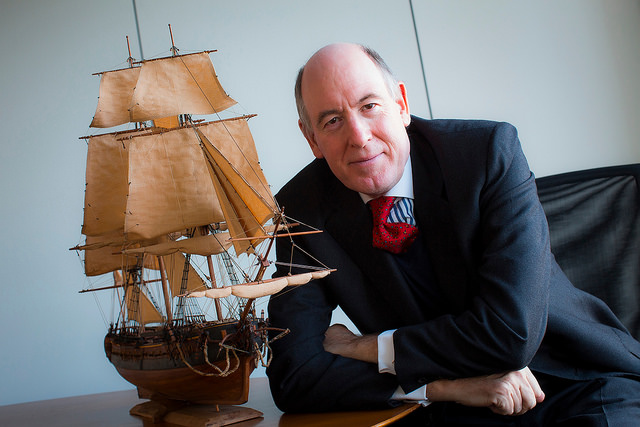 Miles Young, worldwide chairman and chief executive of Ogilvy & Mather and president of Friends of Hermione-Lafayette in America, will receive an honorary Doctor of Humanities degree. 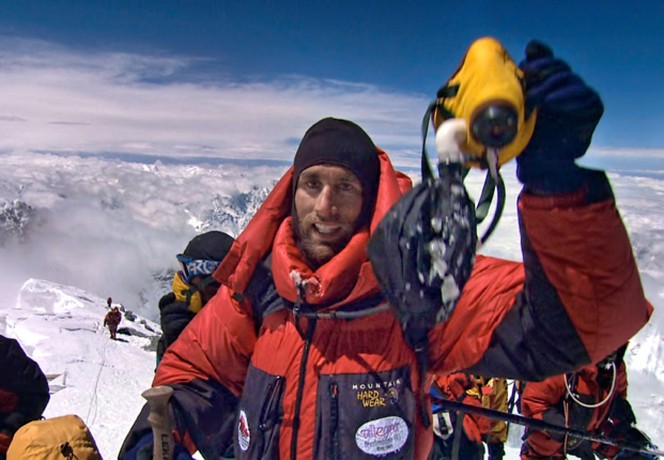 Lafayette announced previously that Erik Weihenmayer, blind adventurer, author, and filmmaker, will be the Commencement speaker for the Class of 2015 and will receive an honorary Doctor of Humane Letters degree. “I am delighted that Erik Weihenmayer will address our graduates and parents at Commencement,” says President Alison Byerly. “His courage, passion, and accomplishments are extraordinary, as is his selfless commitment to helping others overcome obstacles. I know our students will be uplifted and inspired by his example.”

Stirner brings new life to metal that has been discarded. He fuses natural materials with manmade and juxtaposes smooth surfaces with rough and pitted ones to form organic shapes. He plays thick against thin, flexible against inflexible, to create a drama of contradiction. His work has been shown at the Museum of Modern Art in New York, Pennsylvania Academy of Fine Arts, Philadelphia Museum of Art, Corcoran Gallery of Art, and La Jolla Museum of Contemporary Art, among many other venues.

Easton’s Karl Stirner Arts Trail is named for him. It is a scenic 2.5-mile path that runs along the Bushkill Creek from Lafayette’s Williams Arts Campus on North Third St. to the old Simon Silk Mill on 13th St., which is being redeveloped into a cultural, residential, and residential hub.

Friends of Hermione-Lafayette in America is a non-profit group supporting the journey to America of a handcrafted replica of the frigate that brought the young Marquis de Lafayette from France to General Washington in 1780 with a message of French support, a pivotal point in the American War of Independence.

The majestic Hermione is the largest and most authentically built Tall Ship in the last 150 years. It began its transatlantic journey April 18. It is scheduled to arrive in Yorktown June 5 and to visit Mount Vernon, Alexandria, Annapolis, Baltimore, Philadelphia, New York, and Boston, among other port cities on the Eastern seaboard. The project honors the alliance between France and the United States and celebrates the young Marquis de Lafayette – charismatic, enthusiastic, persuasive – whose motto was Cur non: “Why not?” While there are dozens of towns, streets and parks across the country bearing the Marquis’ name, Lafayette is the only college with this honor.

Young joined Ogilvy & Mather, the international advertising, marketing, and public relations agency, in 1982. In 1995, he moved to Hong Kong to take the position of chairman of Ogilvy in Asia and spent nearly 15 years in Asia before becoming global chief executive in 2009.

He is chair of the U.S. Pakistan Business Council, an affiliate of the U.S. Chamber of Commerce, and a member of the Prime Minister of Turkey’s Investment Advisory Council. He is a member of the board of trustees of the Museum of Arts and Design in New York.