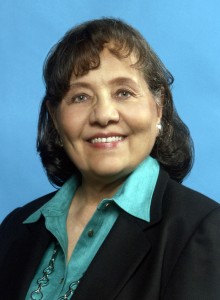 Nash’s lecture will be 7 p.m. Wednesday, Feb. 17 in the Williams Center for the Arts, 317 Hamilton St. It is free and open to the public.

UPDATE: Due to interest on campus and in the Lehigh Valley, tickets for general admission seating will be required for this free event and may be picked up at the Williams Center Box Office during normal operating hours: Mon.-Fri., noon to 2 p.m.; 4-5 p.m. Please consider picking up tickets in advance of the program.

Nash was a leader of the student wing of the Civil Rights Movement during the 1960s. Through the use of nonviolent principles, Nash led the Nashville Sit-ins, the first successful civil rights campaign to integrate lunch counters in a Southern city, and a turning point in the movement. She helped coordinate the 1961 Freedom Rides from Birmingham, Ala., to Jackson, Miss., which in the face of certain violence, led to desegregation of interstate buses and facilities. This story was recounted in the PBS American Experience film Freedom Riders.

Nash was cofounder of the Student Nonviolent Coordinating Committee and helped initiate the Alabama Voting Rights Project and the Selma Voting Rights Movement. In 1963, President John F. Kennedy appointed Nash and other civil rights leaders to a national committee whose work contributed to the passing of the Civil Rights Act of 1964.