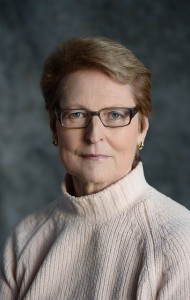 Jean E. Howard, George Delacorte Professor in the Humanities at Columbia University, presents “Interrupting the Lucrece Effect? Performing Rape on the Early Modern Stage,” 7 p.m. Wednesday, March 2 in the Kirby Hall of Civil Rights, room 104, at Lafayette College. Her talk is part of the Shakespeare Quadricentennial Lecture Series sponsored by the Office of the President. It is free and open to the public.

The 400th anniversary of the death of playwright William Shakespeare is being recognized worldwide this year.

Howard, a distinguished scholar of early modern literature and recipient of numerous awards, including Guggenheim, NEH, and Mellon Fellowships, will consider the political consequences of how rape is dramatically rendered on the early modern stage including the story of the rape of the Roman matron Lucrece, which fascinated early modern writers.

She is also an experienced educator and administrator who has served on commissions and boards dealing with gender and other diversity issues in higher education. Her areas of interest include Renaissance literature, history of drama, feminism, new historicism, and Marxism.

Howard is on the editorial board of Shakespeare Studies and Renaissance Drama and was President of the Shakespeare Association of America (1999-2000).

She is the author of numerous books, including the edited collection Shakespeare Reproduced: The Text in History and Ideology (1987); The Stage and Social Struggle (1994); with Phyllis Rackin, Engendering a Nation: A Feminist Account of Shakespeare’s English Histories (1997); Marxist Shakespeares, edited with Scott Shershow (2000); and four generically organized Companions to Shakespeare, edited with Richard Dutton (2001). The book Theater of a City: The Places of London Comedy 1598-1642 (2007) won the Barnard Hewitt award for Outstanding Theater History for 2008. She is also co-editor of The Norton Shakespeare (2nd ed. 2007).

Howard is currently completing a book titled Staging History that uses Shakespeare’s history plays as a starting point for considering Tony Kushner and Caryl Churchill’s use of history in framing debates about current political issues.

Howard began teaching at Syracuse in 1975 and joined Columbia in 1992 where she served in a various roles including Director for the Institute for Research on Women and Gender (1996-1999); the university’s first Vice Provost for Diversity Initiatives (2004-2007), and Chair of the Department of English and Comparative Literature (2008-2011).