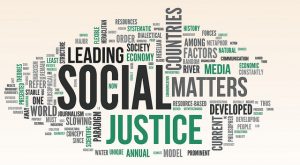 This year’s program, #MediaMatters: Social Justice as Product and Process, will feature art, dance, comedy, and a variety of speakers addressing issues of race, class, beauty, sex, religion and the environment.

All events are free and open to the public.
See campus map for locations: https://campusmap.lafayette.edu/

“Dark Matter” includes an outdoor “street scene” in which multimedia artist Jefferson Pinder examines 21st-century social conflicts through break dance. Working with the international b-boy crew Lionz of Zion, Pinder directs a performance that wrestles with the nature of violence and control. The performance unfolds contemporary uprisings and the forces that seek to control them.

Presented by: Choreographers on Campus

“The W. Kamau Bell Curve: Ending Racism in About an Hour”

“The W. Kamau Bell Curve” is a comedic exploration of the current state of America’s racism, combined with a little (unknown) history, a little Powerpoint, and a whole bunch of Kamau. And because racism is always attacking in new ways and from new angles, Kamau attacks back by constantly adding new material. The program is a seamless mix of stand-up comedy, video and audio clips, personal stories and solo theatrical performance.

Presented by: LAF and the Office of Intercultural Development

What happened to the people and environments left behind after the natural disasters along the Delaware River? This performance, a collaboration with sculptor and visual artist Alison Saar, will be an abstract dance exploration in response to this question, with an opportunity for the audience to engage in an act of community building and hope.

Presented by: Choreographers on Campus

“The Politics of Hair”

In “The Politics of Hair: Redefining Beauty” Carolina Contreras, is a powerful entrepreneur whose activism for the natural hair movement broke through global barriers and ignited a community for redefining beauty and empowering Afro-Latina. Carolina will join our community for a lecture on her activism, identity development surrounding her Afro-Latina roots, and her expertise in caring for natural hair. Her media presence brings necessary coverage and attention for women of color.

Presented by: Office of Intercultural Development and Gender & Sexuality Programs

“How Do We Talk About Class on Campus?”

In 2015, the New York Times reported, “The bright children of janitors and nail salon workers, bus drivers and fast-food cooks may not have grown up with the edifying vacations, museum excursions, daily doses of NPR and prep schools that groom Ivy applicants, but they are coveted candidates for elite campuses.” What happens to academically talented but economically challenged “first-gen” students when they arrive on campus? Class markers aren’t always visible from a distance, but socioeconomic differences permeate campus life—and the inner experiences of students—in real and sometimes unexpected ways. In “Class and Campus Life,” Elizabeth M. Lee shows how class differences are enacted and negotiated by students, faculty, and administrators at an elite liberal arts college for women located in the Northeast.

Presented by: Provost’s Office and CITLS

During a 2013 residency at the Joan Mitchell Center in New Orleans, Saar was dismayed to see how little had been done to rebuild African American communities devastated by Hurricane Katrina eight years ago. Upon her return to Los Angeles, she began researching the histories of American floods and the effect on African Americans. The Great Mississippi River Flood of 1927 piqued her interest. This historic catastrophe had a profound impact on the life of African Americans living in the Mississippi Delta and brought long-term social, cultural, federal policy, and political changes to the U.S. The largest work in the exhibition “Breach” is a commanding figure of the same name. “Breach” takes center stage. Measuring over 12 feet tall, the life-size nude female figure steers a raft, while balancing a tower of found objects—trunks, pots, pans, and household items—on her head. Although the objects exceed her body mass, the grace and strength in her stance defy the weight she is forced to bear.

“Hot and Holy: Why Jesus Insists on Consent”

You’ve heard it said that good Christians don’t have sex before they’re married, but we’ve all known people who challenge that adage. So what does make a hook-up — or a relationship — both hot and holy? Is the pursuit of pleasure the only norm we need? The spirit of God’s law is far less concerned with a marriage license and far more with consent and mutuality. Come find out why, and why holy sex is the hottest sex (whether you’re a Christian or not). Rev. McCleneghan is the author of the recently published book Good Christian Sex.

“Being American in a Colored America”

Tom Gjelten covers issues of religion, faith, and belief for NPR News, a beat that encompasses such areas as the changing religious landscape in America, the formation of personal identity, the role of religion in politics, and social and cultural conflict arising from religious differences. His reporting draws on his many years covering national and international news from posts in Washington and around the world. Gjelten will be reflecting on the ways issues of racial, ethnic, and religious identity have played out in the 2016 election and new thinking about what it means to be American. His latest book is A Nation of Nations: A Great American Immigration Story, published in 2015.

Presented by: Offices of Religious & Spiritual Life and Intercultural Development and the Department of Religious Studies