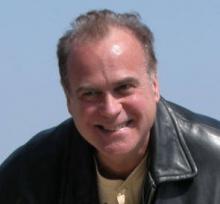 Dimitri Villard, a member of the Academy of Motion Picture Arts and Sciences, will give the Presidential Entrepreneurship Lecture at Lafayette College, 7 p.m. Monday, November 7 in the Wilson Room of Pfenning Alumni Center. He will also meet with students and engage in a Film and Media Studies (FAMS) Career Chat while on campus.

The lecture is free and open to the public.

Villard is presently developing a number of projects for film and television, including a television mini-series on the Marquis de Lafayette, Soul Catcher based on the novel by Frank Herbert (Dune), and an American remake of the 2016 Brazilian Oscar entry The Second Mother.

Early in his career, Villard founded Jet Set Records, one of the memorable rhythm and blues labels of the era. Since 1980, he has produced a number of motion pictures, including In Love And War, directed by Richard Attenborough and starring Sandra Bullock and Chris O’Donnell (New Line); Timewalker, starring Ben Murphy (New World); Once Bitten, starring Jim Carrey and Lauren Hutton (Goldwyn) and many others.

In 2000, Villard co-founded and became chairman of Pivotal BioSciences, Inc., a biotechnology spin-out of the USC Keck School of Medicine dedicated to the development and commercialization of innovative cancer therapies.

As a member of the Executive Committee of the Tech Coast Angels, the largest angel venture capital investment group in the United States, he is active in identifying and leading investments in early stage high technology ventures. He is also a mentor at Founder Institute, a boot camp for technology startups, and a frequent judge at venture events.

Villard graduated from Harvard University, where he was an editor of the Harvard Lampoon, and holds a Master of Science degree from China International Medical University.

The Presidential Entrepreneurship Lecture Series is sponsored and supported by the offices of the president, the provost, career services, advising and co-curricular programs; and the IDEAL Center for Innovation at Lafayette.