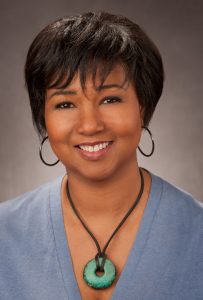 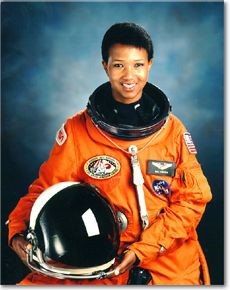 Jemison, the first woman of color to go into space, is speaking as part of Lafayette Engineering’s 150th Anniversary celebration

Dr. Mae C. Jemison, astronaut and medical doctor, founder and president of two technology companies, and STEM literacy advocate, presents “Exploring the Frontiers of Science, Engineering and Human Potential,” at 7 p.m., Thursday, Nov. 17 in Lafayette College’s Colton Chapel. Her visit to campus is a highlight of Lafayette’s yearlong celebration of 150 years of engineering.

Jemison’s talk, this year’s Resnik Memorial Lecture, is free and open to the public.

As a member of the 1992 team on the space shuttle Endeavour, Jemison broke more than the sound barrier as she became the first woman of color to go into space.  She was also NASA’s first Science Mission Specialist performing experiments in material science, life science, and human adaptation to weightlessness.

Trained as an engineer, social scientist, and dancer, Jemison is also a medical doctor who was the Peace Corps medical officer for Sierra Leone and Liberia. She is the only actual astronaut to appear in an episode of Star Trek. Today Jemison leads 100 Year Starship®, an initiative to assure the capability for human travel to another star within the next 100 years.

Jemison is founder of The Jemison Group, Inc., a technology consulting firm that integrates the critical impact of socio-cultural issues when designing and implementing technologies. She is also founder and president of BioSentient Corporation, a medical devices company and leader in real-time monitoring of the autonomic nervous system.

She founded and chairs the Dorothy Jemison Foundation (DJF) for Excellence, an organization to develop, implement, and foster educational programs and individual experiences. DJF’s premier program, The Earth We Share™, is an international science camp for 12-16 year olds designed to promote science literacy.

Jemison served as a professor of Environmental Studies at Dartmouth College from 1995 to 2002. From 1987 to 1993, she served as a National Aeronautics and Space Administration (NASA) astronaut.

Jemison attended Stanford University and graduated with a B.S. in Chemical Engineering, and an A.B. in African and Afro-American studies. She completed her medical doctorate at Cornell University.

Lafayette’s Resnik Memorial Lectureship is named in honor of astronaut Judith A. Resnik, an electrical engineer who lost her life in the 1986 Challenger space shuttle disaster. It is hosted by the Engineering Division with support from the John and Muriel Landis Fund and the Farber Memorial Fund.