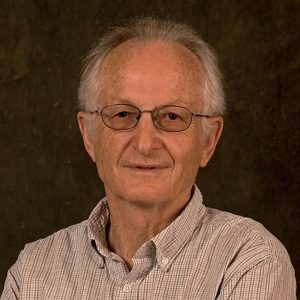 Political activist Frank Bardacke will speak at Lafayette College on April 5-6, 2017. All events are free and open to the public.

Bardacke was active in the Civil Rights movement in the South, the Berkeley Free Speech Movement, the anti-Vietnam war movement in California, Teamsters for a Democratic Union, and farm worker organizing.

Bardacke will present a keynote lecture 7 p.m., Thurs., April 6 in Kirby Hall of Civil Rights, room 104, titled “Trampling out the Vintage: Cesar Chavez and the Two Souls of the United Farm Workers.” Labor leader and icon Cesar Chavez was an organizer of migrant American farm workers, and the founder of the National Farm Workers Association (NFWA). Cesar Chavez Day, March 31, is a federal commemorative holiday and state holiday in California. Chavez would have turned 90 this year.

This is the continuation of the Spring 2017 Social Justice Series at Lafayette. Info about additional April events can be found below.

Bardacke moved to California’s Central Coast in 1970, worked for six seasons in the Salinas Valley fields, and taught at the Watsonville Adult School for twenty-five years. He also taught a course on “The Politics of California Agriculture” at the University of California, Santa Cruz. He is featured in the documentary, Berkeley in the Sixties, available on DVD and streaming on the Lafayette Skillman Library website.

Bardacke is the author of Trampling Out the Vintage: Cesar Chavez and the Two Souls of the United Farm Workers (Verso, 2012), Good Liberals and Great Blue Herons: Land, Labor and Politics in the Pajaro Valley (Center for Political Ecology, 1994), and a translator of Shadows of Tender Fury: The Letters and Communiqués of Subcomandante Marcos and the Zapatista Army of National Liberation (1995).

The talks are sponsored by the Government and Law Department, and the Office for Intercultural Development as part of the Social Justice Events series.

For the complete lineup of the Spring 2017 Social Justice Series events, here.

For more information and online links to background on Frank Bardacke contact Joshua Miller, professor of government and law, millerj@lafayette.edu, (610) 330-5402.